Through developing the consciousness of a team, we foster an intense commitment to the team’s mutual purpose in each of the team members.

Most organisations put people into teams and expect them to perform without any facilitation or development.  They just spiral down into patterns of avoidance or conflict. Working in a team should be an upward spiral of psychological growth as people connect with each other with a shared purpose. 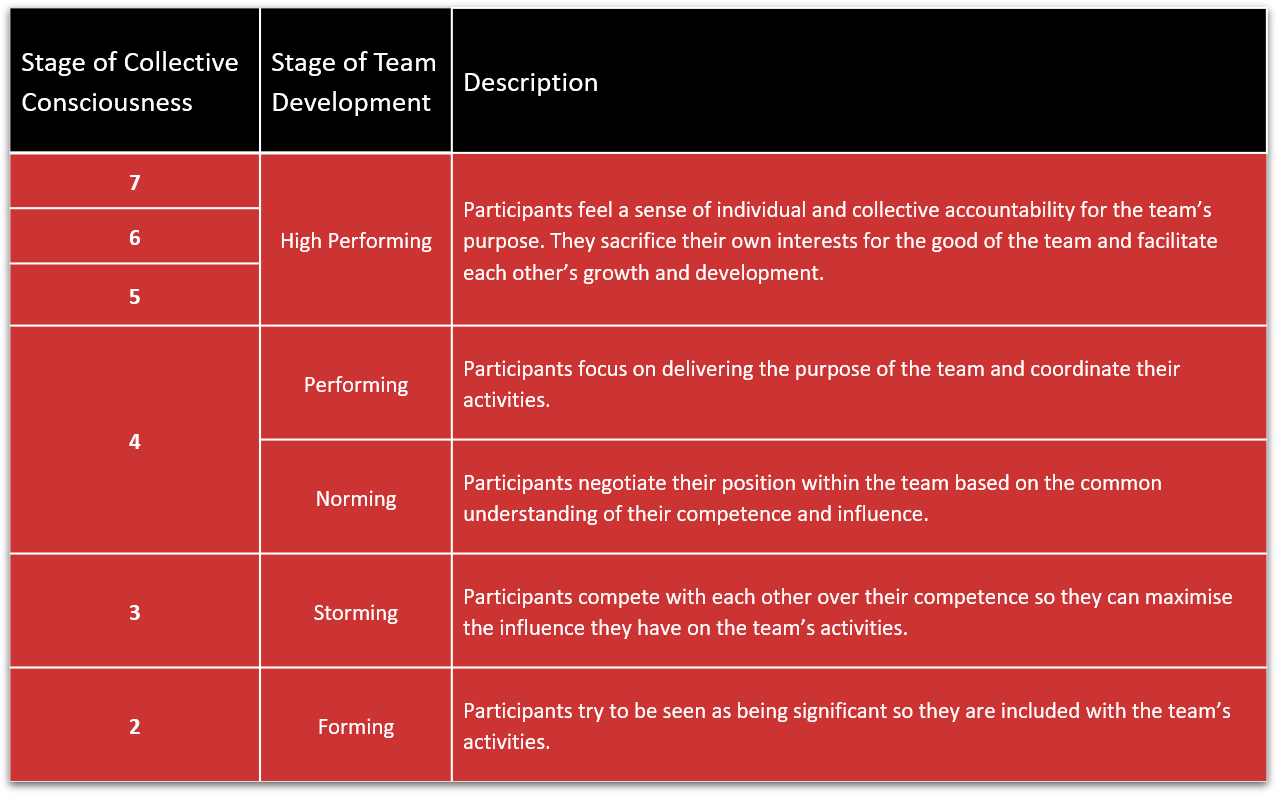 We ascertain the team’s stage of collective consciousness and provide developmental activities to facilitate it’s growth to the next stage.  Through team coaching over a period of time, we are able to support the team so it becomes high performing.

Contact us to chat with one of our consultants about developing teams in your organisation.